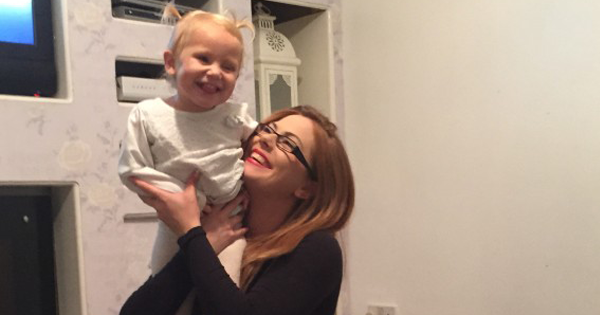 Doctors Dismiss Toddler's 'Lazy Eye' As No Big Deal. But Then, 6 Months Later, They Have To Remove It.

Just six months later, they had to remove it.

A mom of two claims her 2-year-old daughter was forced her have one of her eyeballs removed because it took doctors several months to diagnose her with cancer.

Stephanie Beasley knew something was off about her daughter, Ezmai, when the little girl was just 9 months old.

"Ezmai had a lazy eye and we spoke to a health visitor and then took her to the pre-school vision team but they told me to come back in six months. I kept taking her but they couldn't find anything wrong,” she recalled.

According to the Associated Press, Beasley took her little girl to at least four different doctors before they finally discovered the truth.

Just a week after the toddler was diagnosed with retinoblastoma, Ezmai had to undergo emergency surgery to have one of her eyes removed to prevent the rare cancer from spreading.

"We've since learned that she was probably blind in one eye for a year but as she was so young, we didn't realise," the mom explained.

Beasley fully believes that had doctors caught Ezmai’s cancer sooner, her little girl wouldn’t have been forced to have her eye removed.

After watching everything her daughter has gone through since losing her eye last October, Beasley has decided to team up with The Childhood Eye Cancer Trust to raise awareness about this deadly cancer.

While Ezmai is still a happy and healthy little girl—she’s already been fitted with an artificial eye—her mom now remembers warning signs of the cancer that she didn’t know about before her daughter was diagnosed with cancer.

"We looked back at an old photo of Ezmai at Christmas in 2014 and we can see a white glow in her eye but at the time we had absolutely no idea this could mean she had cancer," she said.