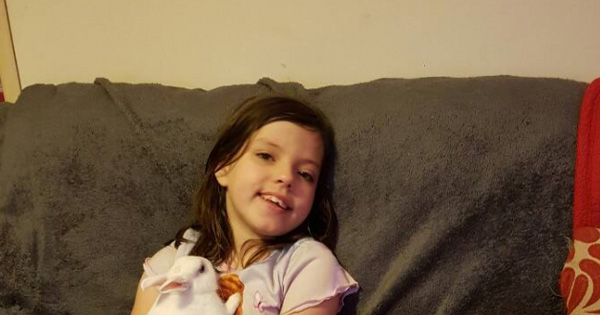 His Autistic Daughter Had A Meltdown At The Store. When He Arrives Home, The Police Are Waiting For Him

Read on to see why this father came home to police at his home after he carried his autistic daughter out of a store.

We all know what it’s like to go shopping with our kids. When they get their hearts set on something, it’s really hard to change their minds. If you’re a parent of a child with autism, you know that it can be even more challenging to tell them “no”, once they’ve really fallen in love.

Such was the case for father Robert Davies. His daughter, Cerys Lily, spotted a Finding Dory lunchbox while they were out back-to-school shopping, and the little girl wanted it more than anything. Unfortunately, the display item wouldn’t be on sale until the next day, so Robert’s hands were tied. He told Cerys Lily that he wouldn’t be able to buy her the lunchbox until the following day, and the 8-year-old with autism didn’t take the news well.

Trying to keep the situation calm, Robert even asked the manager if there was anything they could do to get the lunchbox early, but she “wouldn’t budge”. By that point, Cerys Lily had truly fallen apart.

“Cerys lily was in full meltdown getting very aggressive so I had to physically carry her out and get in the car.” Robert recalled.

Things only got worse from there. About 20 minutes later, Robert arrived at his home to find the police waiting for him. Apparently, someone had reported the father for putting a young girl in the car against her will. Thankfully, Robert was able to explain the situation to the officers.

“After I explained to the officers what had happened and they understood fully as 1 of the officers had an asperger's nephew” Robert wrote on his Facebook page. “as they were leaving they had a laugh with Cerys lily and put there flashing lights and siren on for her.”

Robert was grateful that the officers showed him and his daughter such patience, and even helped the put the young girl at ease.

The tired dad admitted that he thought everything was over after the officers drove off. But the next day, he got an unexpected knock on his door.

“Thinking that was the end of it I had a knock on the door this morning it was the same 2 officers who gone to the Argos store and bought her the finding dory lunch box she wanted.” The officers had returned to Robert’s home to bring Cerys Lily the lunchbox she had wanted so badly. The doting dad was so surprised that he felt that he didn’t thank the officers properly. He shared the touching story on his Facebook page to thank the officers for all they had done for his family.

“I'd like to to thank 2 officers PC Steven bowen and PCW Leigh Francis who went beyond there call of duty for my daughter.” he said.

What an amazing story! Like Robert said, there really are “some good people out there”.