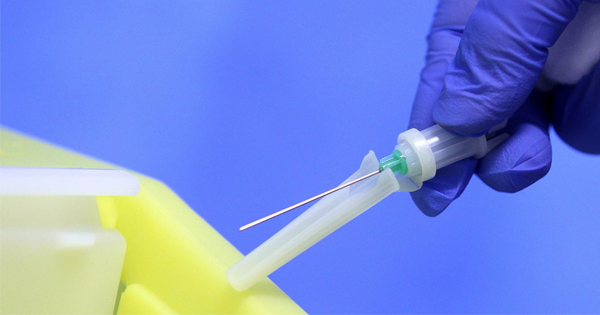 A researcher at the University of Pittsburgh has been infected by the Zika virus while conducting an experiment in a lab. Keep reading for more details!

A researcher at the University of Pittsburgh has accidentally given herself the Zika virus while working in the lab.

According to officials from the university, the researcher accidentally pricked herself with a needle on May 23, while she was conducting an experiment pertaining to the virus.

Nine days after the shocking incident, the researcher began experiencing telltale symptoms of Zika, including fever.

Because the symptoms soon subsided, the researcher returned to work the following Monday, but two days after that she tested positive for the mosquito-borne virus.

"On advice of the ACHD (Allegheny County Health Department), the researcher is complying with a request to wear long sleeves and pants and wear insect repellent for three weeks from the date of contact," a university statement said Thursday.

According to the statement, officials say this particular case is extremely unique, given that the researcher had not traveled to an area where Zika is prevalent and she had not been infected via sexual transmission.

As CNN reports, nearly every case of the Zika virus in the United States occurred from traveling abroad.

Only 11 individuals who hadn’t traveled outside of the continental U.S. were infected, though their partners had.

According to the U.S. Centers for Disease Control and Prevention, health care workers who handle the virus are encouraged to "take precautions to prevent needle sticks or other exposures."

"We want to remind residents that, despite this rare incident, there is still no current risk of contracting Zika from mosquitoes in Allegheny County," Dr. Karen Hacker, the health department's director, said in a statement.