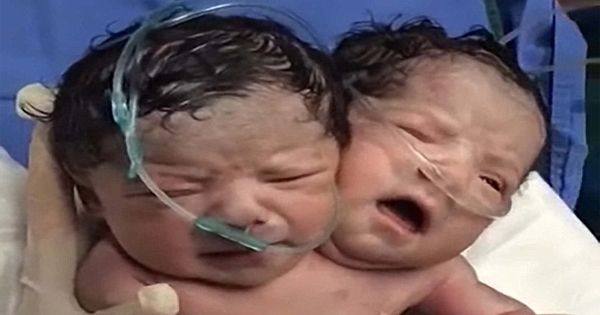 An Incredibly Rare Set Of Conjoined Twins Is Born In Mexico. Doctors Don't Know How To Proceed.

A mother in Mexico has just given birth to conjoined twins. It doesn’t, however, seem like anyone expected this turn of events to happen…

Giving birth to conjoined twins, or Siamese twins, happens only once in every 100,000 births. But for one mother in Mexico, the almost impossible became reality just a few days ago.

A mother, whose identity remains anonymous, in the city of Cuidad Juarez, gave birth to a set of conjoined twins. The two children share the same body, internal organs, and everything. They only separate at the head; both have individual brains.

This particular situation of conjoined twins only happens when a woman has one egg fertilized, but the egg doesn’t fully separate, resulting in two connected halves. The embryo that develops also doesn’t quite complete the separate process between the two children.

In most cases of conjoined twins, the children don’t survive because their bodies are unable to support all of their collective bodily needs. About 40% aren’t alive when they’re born and another 35% pass away within the next 24 hours.

These statistics are what make this mother in Mexico even more incredible.

It’s uncertain whether she, or even the doctors, knew that she was pregnant with conjoined twins until she gave birth.

But by that point, there was already very little that could be done aside from hope for the best and respond as the situation changed.

Miraculously and thankfully, the twins had a successful birth. Both were alive and well, and immediately let out healthy screams of life once the umbilical cord was cut.

Now, the mother has been confirmed to be in stable condition, and doctors are now trying to come up with a “plan going forward” to take care of the children as they grow up. It’s unclear if doctors will try to separate the two, given how they’re conjoined.

You can watch a brief video clip of the twins here: