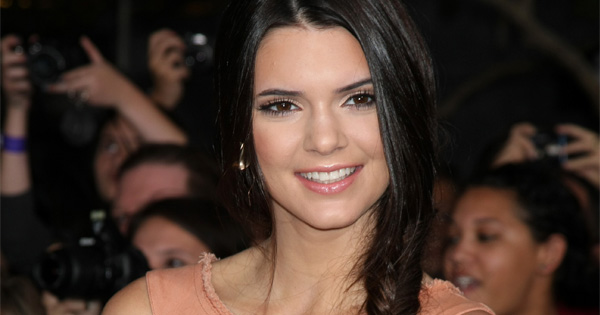 Kendall Jenner Opens Up About Her Anxiety. And She Swears By These Tricks That Could Help You, Too.

Kendall Jenner, 21-year-old model and a Kardashian, talks openly about her anxiety. The famous star of Keeping Up with the Kardashians and runway model adds depth and flesh into her career that’s largely stereotyped as empty-brained and happy-go-lucky.

Jenner confessed, "Anxiety was a huge hurdle for me to deal with this past year (and security concerns didn't help). But I think I'm finally learning how to cope."

In an essay that she wrote for her website, Jenner said that “[she] learned that it’s all mental.”

“I try to prevent anxiety attacks by bringing my mind somewhere else.”

Jenner also shared, “I once had a really bad attack on a plane and just had to ride it out. I felt my heart beating a million miles an hour and I even went a little numb.”

According to Huffington Post, Jenner’s technique to calm her anxiety seems solidly effective. Jenner suggests deep breathing as the most effective tool, as well as keeping the mind out of reach from panic.

Psychiatrists suggest that people who deal with anxiety try out tricks to surprise the mind. A good example would be “scheduling your anxiety” by writing down worries in a journal and vow to take care of them later. They recommend that tricking the mind could help in feeling ease.

When these simple advices had proven to be not enough, always consult a doctor so that you could find a more personal and fitting combination for you to practice. Huffington Post reports that at least 40 million American adults suffer from anxiety in various degrees.

Kendall Jenner—model, socialite, Kardashian… mental health advocate? Maybe not, but what she’s doing to combat her anxiety under public scrutiny should be enough to give her a round of applause.