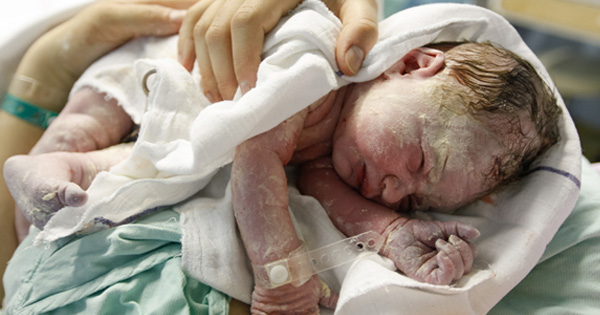 When this mom-to-be went into labor two weeks early, she was caught in the delivery room doing something completely unheard of. Nurses walked in and couldn't believe their eyes.

A teacher in Texas is making headlines after she was caught on camera finishing up her lesson plan for her students while she was in labor at the hospital.

According to ABC News, Jennifer Pope of Burleson wasted absolutely no time preparing the paperwork for the substitute teacher that would soon be taking over her class while she was in labor at Texas Health Harris Methodist Hospital in Fort Worth on April 23.

Andrea McDonald, owner of Rooted in Love Photography, was so touched by Pope’s unwavering dedication to her students that she knew she had to share a photo of the precious moment, which she later shared on Facebook.

That one photo has since been liked more than 21,000 times on Facebook, with people all over the world praising Pope for being such a caring and organized teacher.

"Really, I'm no different than any teacher that I know," Pope told ABC News. "They would've done the same thing. We think about our students like our own children. I'm grateful [people] are celebrating all teachers and working moms. Being a working mom is hard, but it's also fulfilling. I can't imagine not being a teacher."

Pope, 35, a 2nd grade teacher at Christian Life Preparatory School in Fort Worth, immediately jumped into putting together her lesson plans when she unexpectedly went into labor two weeks early.

"So it would be an easy transition for my students, I was making sure I gave adequate directions of what [lessons] and when I wanted them to be taught," Pope said. "I wanted it to be a typical and normal school day for them while I'm gone."

Meanwhile, McDonald said she initially stopped by the hospital to take pictures of the birth for Pope, but she just couldn’t resist snapping a photo of Pope creating her lesson plans in a hospital bed.

"I was honestly trying to capture the whole moment...I sent that picture to my husband and he said, 'It looks like she was doing her taxes' and we both thought it was so funny," McDonald told ABC News. "It was totally relatable because I can remember being a teacher, it's crunch time and the work-balance of being a mom. There's not a enough hours in the day."

McDonald said she shared the photo on social media in honor of Teacher Appreciation Week.

Later that night, Pope gave birth to a healthy baby girl named Clara. In addition to the baby girl, Pope also has three other children, Boston, 9, Ella Reese, 7 and Lennon, 1, at home.

She will return to the classroom at the beginning of the next school year.