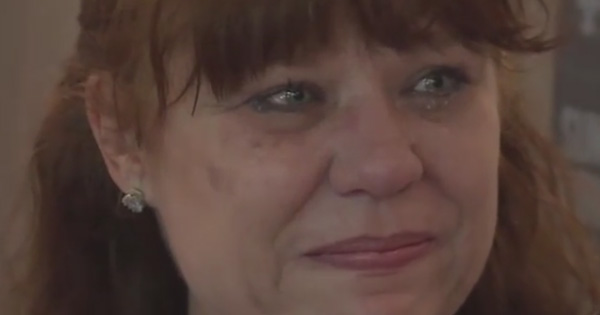 A 52-year-old woman in Oklahoma has finally been reunited with her birth mother just two days after discovering that she was adopted as a baby. Read on for the full story!

A 52-year-old woman in Oklahoma has finally met her birth mother just two days after learning that she was adopted as a baby.

In 1965, Donna Pavey, of Kingsland, gave up her daughter Sharon Glidden for adoption right after the baby girl was born.

"It feels like I lived my whole life for that moment," Glidden told ABC News of meeting her birth mother for the very first time. "It was just beyond anything I could hope to dream for because I never felt like I belonged but here, it was immediate. I'm not letting any of them go."

Glidden, who currently lives in Henryetta, Oklahoma, recently discovered that her birth mother’s parents forced Pavey to give her up for adoption at 18 because they thought their daughter was far too young to raise a child on her own.

Thankfully, Glidden was adopted by a very loving couple, Theodore Hotaling and Edna Gallo. As a hospice nurse, Glidden cared for her parents until they passed away in 2007 and 2011.

As for Pavey, she never once forgot about the baby girl she was forced to give up all those years ago.

"From the time I conceived her, I wanted her," said Pavey, who is now 70. "I prayed and prayed and as soon as I saw [pictures of] the adopted mother I said, 'Thank you, Lord, for taking care of my baby.'"

Glidden’s parents never actually told her that she was adopted, so she thought they were her birth parents until the day they died.

"My adopted parents made their whole life mission to make me feel like I was loved," Glidden said. "I was a happy kid and I just accepted what they told me."

Although Glidden eventually married and had children of her own, she soon became curious of her roots, as she had never grown up in a “big family.”

After sending in her DNA to the genealogy website Ancestry.com, Glidden discovered a shocking bombshell about where she really came from.

Glidden’s DNA ended up matching to her paternal sister, as well as her birth mother, Pavey.

"I called my aunt in New York, I didn't even get half the sentence out and she said, 'Yes honey, you were adopted," she said.

In a matter of days, Glidden contacted Pavey on Facebook and made the six-hour drive to Texas to meet her mother.

"I couldn't let her go," Pavey said of meeting her daughter on May 5. "She was so beautiful."

36-year-old Donna Shaw, one of Pavey’s other daughters, says being reunited with Glidden has filled a void in her mother’s heart.

"My mom was a great mom, but it was almost like something was missing with her," Shaw of Verint, Texas, told ABC News. "It was like this indescribable sadness that was always there. When Sharon came into this picture, it was like this instant healing."