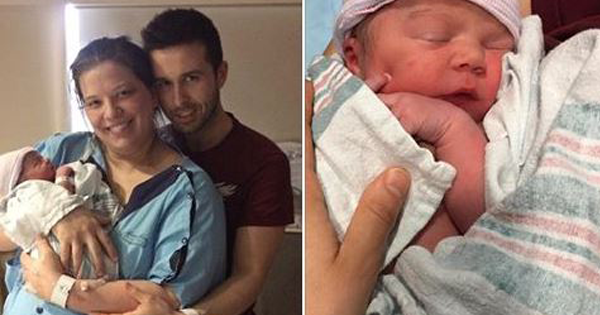 Pregnant Woman Can't Sleep Because She's So Itchy. Each Day, It Gets Worse, And She Doesn't Know What To Do.

A mom in Michigan is warning pregnant women to trust their guts after a simple Facebook post saved her baby's life. Keep reading for the full story!

A pregnant mom’s detailed Facebook post about being itchy may have been the key to saving her unborn child’s life.

According to Inside Edition, 28-year-old Christina DePino, of Monroe, Michigan, was about 35 weeks pregnant when she took to Facebook to complain about the constant itch all over her body.

"I started with having a lot of itching on my arms and legs and it got gradually worse over a period of several weeks," DePino told InsideEdition.com. "It would get worse at night when I was trying to sleep. A lot of times I would be woken up in the middle of the night from a dead sleep and couldn’t get back to sleep because I was itching so bad."

Immediately, DePino’s sister-in-law, a nurse, suggested she should check if her symptoms matched cholestasis of pregnancy.

"I have never heard of it before until I posted it on Facebook," she said.

According to reports, cholestasis is described as a buildup of bile in the liver during pregnancy, and it can prove to be deadly if left untreated.

The condition itself can reportedly manifest through extreme itching of the hands and feet.

While cholestasis does not cause any birth defects, it can cause the baby to be born premature or even die in the womb.

When DePino approached her doctor about her suspicions, she was asked to come in right away.

The tests showed that she did, in fact, have cholestasis.

Fortunately, DePino’s baby was still healthy when the doctor checked, but an induced labor was scheduled right away just in case.

"It was a whirlwind," she said. "I think my husband was kind of in denial for a little while."

"She had a little bit of jaundice, and we had to keep her under the light for a day but that was the only problem that she’s had,” DePino said. "She is healthy and strong, and we are happy she is here with us."

“If your pregnant & your itching REALLY bad, don't ignore it!! Started having severe itching a few weeks ago, (it was keeping me up at night) thanks to a little Facebook complaining & the urging of Jennifer, Britney & Monica, I got the itch checked out & found out I had pregnancy Cholestasis, which is basically harmless for me - except for the crazy itching - But could have caused a still born after 37 weeks!! I was officially diagnosed last week and had to get her out this week! We are so blessed! Thanks guys for giving some amazing advice which may have just saved our precious girl's life! Yeah We are SO BLESSED & in awe!!!” she wrote.